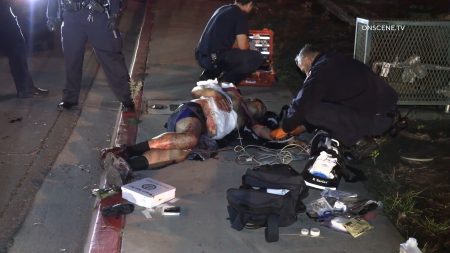 A 47-year-old man was hospitalized Thursday after he was stabbed by one other man in San Diego’s Cortez Hill neighborhood.

From officers San Diego Police Division They had been known as to the 1600 block of Russ Boulevard at 2:12 a.m., the place they realized the sufferer was strolling by means of a development web site when a person approached and started stabbing him, Officer David O’Brien mentioned.

The sufferer was in a position to escape and render support to officers. He informed officers there was no altercation between him and the suspect, O’Brien mentioned.

The sufferer was taken to the hospital with cuts and puncture wounds within the higher a part of his proper arm, stomach, again and left knee, however his life will not be in peril.